KAZAKHSTAN – SPACE HARBOR OF THE EARTH. LECTURE AT THE MUSEUM OF THE ELBASSY LIBRARY

On October 4, 2017 at the Museum of the Library of the First President of the Republic of Kazakhstan – Elbassy for pupils of school-gymnasium No. 307 and secondary school No. 37 was held the lecture «Kazakhstan – space harbor».

The lecturer, research officer of the Service of scientific-applied researches Kushunova D.S. acquainted pupils with the main stages of the formation and development of space activities in Kazakhstan, the creation and functioning of the ground and production space infrastructure. 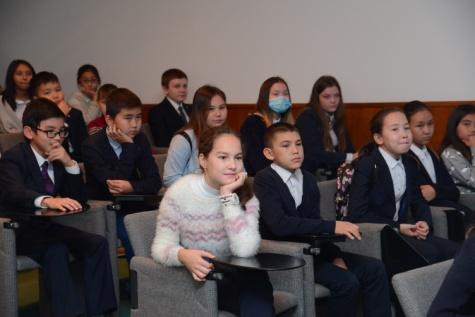 The lecture was devoted to the flight of the first kazakh cosmonaut – Tokhtar Aubakirov. On October 2, 1991 Tokhtar Aubakirov started in space as a cosmonaut-researcher of the «Soyuz TM-13» spacecraft together with Alexander Volkov and austrian cosmonaut Franz Viehböck.

From here our cosmonaut Tokhtar Aubakirov set out on his first space flight. At the same time the Baikonur cosmodrome is an object of cooperation and mutual relations between Kazakhstan and Russia. 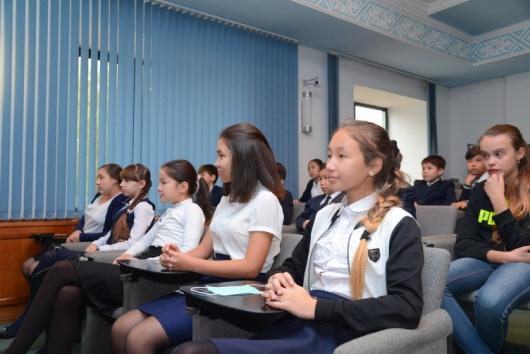 – The space exploration occupies a strategically important place in the development of Kazakhstan and contributes to the entry of the republic into a set of world space powers. The space investigation raised a great interest to students. In the funds of the Elbassy library there are unique exhibits, photo and film documents reflecting the space epic in Kazakhstan.

At the end of the lecture for pupils were conducted excursion around the Museum of the Library.